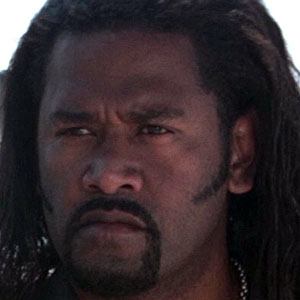 Played the role of Vulcan in the Australian version of the TV series, Gladiators and based his portrayal on his actual pro wrestling experience.

He trained at the Malenko Wrestling Academy in Tampa, Florida, and ran his own wrestling gym for 10 years before pursuing acting.

He also appeared in several episodes of the TV series, BeastMaster, credited variously as a Sentinel and a Muscle Protector.

He was born in Fiji and grew up with family.

He entered acting with an appearance as Elektra's (Sophie Marceau) bodyguard in the Bond film, The World Is Not Enough.

John Seru Is A Member Of