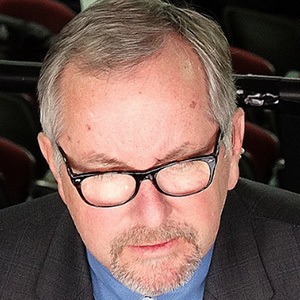 Canadian sportscaster who came to the public's attention as a panelist on Hockey Central. He won a 2003 Sports Emmy Award for Outstanding Live Sports Special for his work covering the XIX Olympic Winter Games in Salt Lake City.

He became employed by Rogers Sportsnet.

His biggest social media presence is on Twitter where he shares his thoughts with more than 150,000 followers.

Bob McKenzie and Daryl Reaugh are two other prominent sportscasters with Canadian ancestry.

John Shannon Is A Member Of