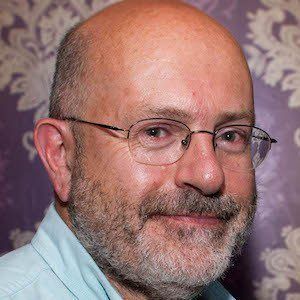 Award-winning investigative journalist known for his work with BBC's Panorama, producing documentaries about some of the most corrupt organizations and countries on Earth, including Scientology and North Korea.

After attending the London School of Economics, her worked at The Observer for 12 years, during which time he was unsuccessfully sued for defamation by the Barclay brothers.

He's written more than half a dozen novels about his experiences and what he's learned as an investigative journalist. He won the inaugural Paul Foot Award in 2005.

He and wife Tomiko came under fire in 2013 for endangering students on a trip to North Korea by using them as cover to enter the country.

While covering Robert Mugabe and corruption in Zimbabwe in the early 2000s, he was forced to ride in a car trunk to get around the country and find his story. Being a journalist, his presence in the country was illegal at the time.

John Sweeney Is A Member Of