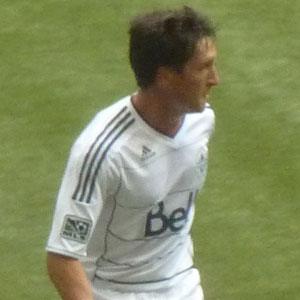 South African-born American midfielder who broke into the MLS with the Chicago Fire in 2005. He spent five years with the team, then played for the Vancouver Whitecaps FC during the 2011-12 season before joining DC United in 2013.

He began his professional career playing for Germany's Bayer Leverkusen in 1999.

He was born to Monique and Peter Thorrington.

He played on the US national team alongside Landon Donovan from 2001 to 2008.

John Thorrington Is A Member Of