NHL Coach of the Year 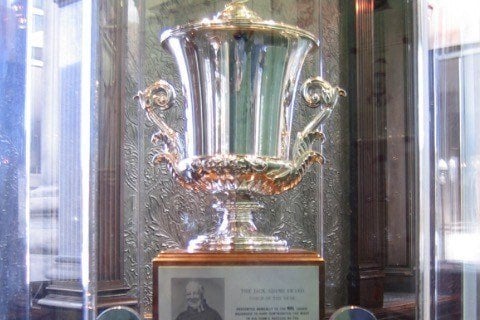 Selected by a poll of the National Hockey League Broadcasters Association, this annual award is given to the NHL coach that contributed most to his team's success.

The winner receives the Jack Adams Award which is named after Hall of Fame player and long-time coach and general manager of the Detroit Red Wings Jack Adams.

NHL Coach of the Year Popularity