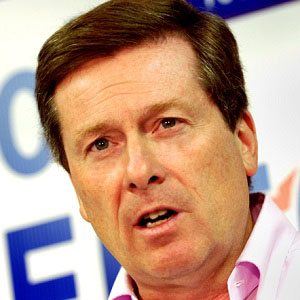 After serving as Leader of the Opposition in the Ontario Legislature, this member of Ontario's Progressive Conservative Party took office as Mayor of Toronto.

After graduating from the University of Toronto's Trinity College, he earned a law degree from York University.

During the 1970s and early 1980s, he worked as a broadcast journalist.

He and Rob Ford were both early 21st-century Mayors of Toronto.

John Tory Is A Member Of