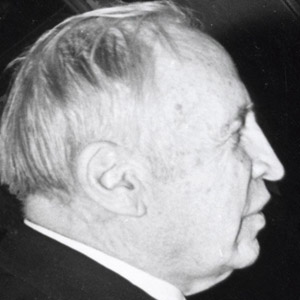 Most Popular#196583
Born in Middletown, CT#11
Scientist Born in Connecticut#15

Winner of the 1977 Nobel Prize in Physics for his pioneering research in magnetism. His revolutionary research led to technologies like radar and greatly contributed to our understanding of the behavior of electrons in magnetic solids.

Studying physics at the University of Wisconsin, he also became a member of its marching band, which sparked his interest in the history of football fight songs.

His work spanned quantum mechanics and physics, and he is considered the founder of the modern understanding of magnetism.

He was born in Middletown, Connecticut, his father and great-grandfather also notable mathematicians and astronomers.

As happens often in science, his research was influenced and based on that of a fellow scientists - in his case, Paul Dirac.

Most Popular#196583
Born in Middletown, CT#11
Scientist Born in Connecticut#15

John H. Vanvleck Is A Member Of