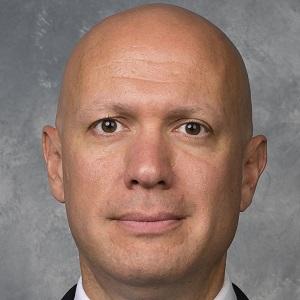 He was the public address announcer for the Cincinnati Reds from 1996 to 2002. He was also the first play-by-play voice of the AHL's Cincinnati Mighty Ducks from 1997 to 2000.

He was the Senior Manager of Communications for Washington’s American Hockey League affiliate in Hershey, the Bears, and called three Calder Cup championship seasons for the Bears in 2006, 2009 and 2010.

He was born in Columbus, Ohio and earned an undergraduate degree from Miami University.

He and Mike Emrick worked the 2011 AHL All-Star Classic.

John Walton Is A Member Of