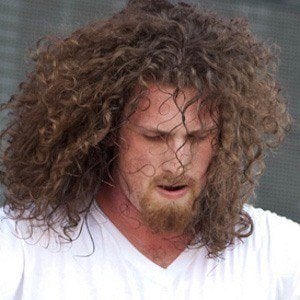 Drummer and backing vocalist most famous for being a member of the American hard rock band Black Stone Cherry. He and the band released their self-titled debut album in 2006 and have since played with bands like Lynyrd Skynyrd and Theory of a Deadman.

He began playing with Black Stone Cherry singer and guitarist Chris Robertson following a school talent show. The pair has known each other since kindergarten.

He was voted the third best drummer in the world by readers of Rhythm Magazine in 2014.

His father is guitarist Richard Young and his uncle is drummer Fred Young, both members of the band The Kentucky Headhunters. His first daughter was born in 2014.

He cites a childhood meeting with Led Zeppelin frontman Robert Plant as being one of the most formative experiences on his musical journey.

John Fred Young Is A Member Of