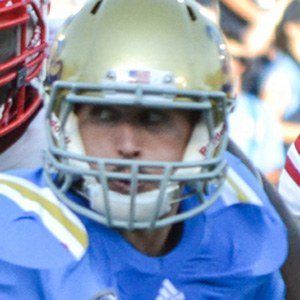 Running back from UCLA was a fourth round draft pick for the Green Bay Packers in 2013.

He was on the Baldwin Hills reality television series while being an All-City running back at Dorsey High School.

He had over 1,000 yards in his sophomore and seniors seasons as a a UCLA Bruin.

He and his sister were raised by a single mother.

He shared All-American honors with Oregon running back Kenjon Barner in 2012.

Johnathan Franklin Is A Member Of