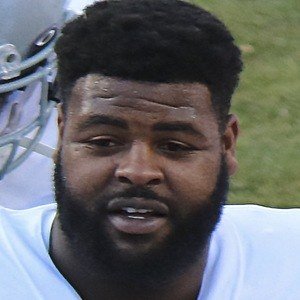 320 pound defensive tackle was the 49th overall pick in the 2013 NFL draft by the New York Giants. He played in 11 games and made 16 tackles in his rookie season.

He was offered scholarships to Oklahoma, Wisconsin, Michigan, Florida and Ohio State after being ranked a 3-star recruit from Southeastern High School.

He was a First-team All-American with 67 tackles and three sacs his junior season as an Ohio State Buckeye.

His father's name is James Ward.

He was on the All-American defensive line with Jadeveon Clowney in 2012.

Johnathan Hankins Is A Member Of