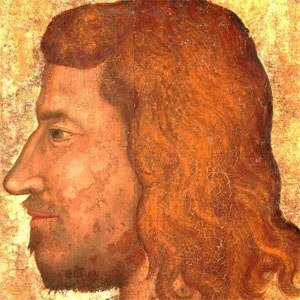 King of France who saved his country from the brink of disaster in the 1300s. He had to deal with the Black Death, one of the worst pandemics in human history that killed nearly half the French population, during his reign.

He was captured in a battle with England in his youth, and France had to give up many territories and gold to ransom him back.

Upon returning to the throne he stabilized France's economy and helped it recover from its losses.

His son was King Charles V.

John II Of France Is A Member Of