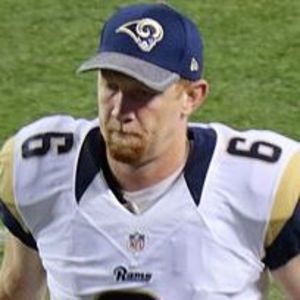 NFL punter set an NFL record with a 44.2 average during his 2013 All-Pro season with the St. Louis Rams.

He was a single-game punt average record holder and Ray Guy Award finalist during his 2011 season at Oregon State University.

He set a franchise record his rookie season with a 56.0 punt average in his fifth career game.

He has a brother named Zach.

He threw a touchdown pass to Danny Amendola on a fake field goal attempt during the 2012 season.

Johnny Hekker Is A Member Of