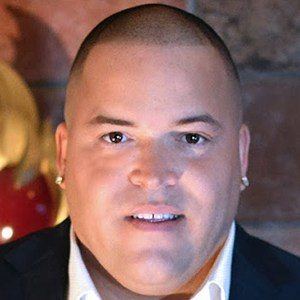 Dominican-American music mogul and manager best known as the President of Roc Nation Latin. He has also served as the manager for Latin pop superstars Romeo Santos and Aventura.

He attended the John Jay College School of Criminal Justice, after which he joined the NYPD. There, he was promoted to sergeant and assisted in more than 1,000 arrests.

He has been invited as a guest speaker at some of the country's top universities, including Harvard, Columbia and Syracuse.

His father died at a young age, leaving him to be raised by his mother.

He was joined by MLB pitcher Dellin Betances for an annual toy giveaway in New York City.

Johnny Marines Is A Member Of