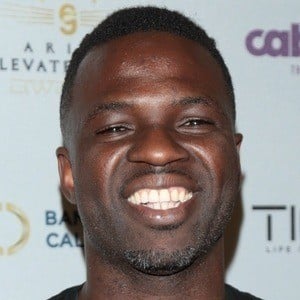 Widely popular Instagram star who is known for his dribble2much account. He has earned more than 1.4 million followers for his intricate and creative dribbling exercises and gained representation from the Stance Socks agency, which also represents NBA players.

He played college basketball for Liberty University and Central Oklahoma through 2012. In the year following, while playing professionally in Mexico, he suffered a stress fracture to his left leg, leaving him to focus on his dribbling.

He has worked out and trained with NBA stars Kevin Durant, Nate Robinson, and DeMar DeRozan. He has his own apparel line called Handle Life.

He was inspired by Rafer Alston's ball-handling skills in the NBA while growing up.

Johnny Stephene Is A Member Of