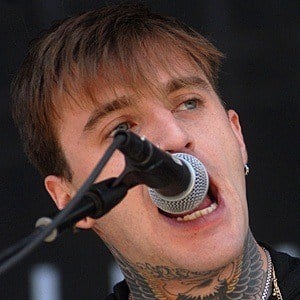 Lead vocalist as well as guitarist and synthesizer player for Highly Suspect, who became the first rock group to join the 300 Entertainment roster. Their debut album was titled Mister Asylum.

He co-founded the band with twins Rich and Ryan Meyer in 2009. They performed covers in their hometown before earning billing at major music festivals like SXSW, Bonnaroo and Lollapalooza.

He started to have panic attacks when he was 25 years old. The title track of the band's debut album Mister Asylum was about that time in his life.

He is from Cape Cod, Massachusetts, and the band was later based out of Brooklyn, New York. He has a brother.

He and Highly Suspect's first late night show appearance was a performance on Late Night with Seth Meyers.

Johnny Stevens Is A Member Of