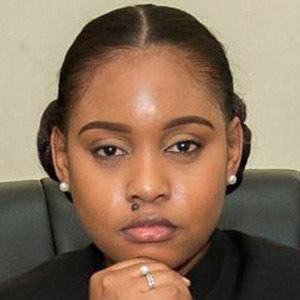 Professional entrepreneur and politician who became the District Commissioner for Kisarawe in Tanzania in 2018. Previously, she launched her own fashion accessories company called Kidoti and was named to the Forbes 30 Under 30 list in Africa.

She earned a bachelor's degree in political science and philosophy from the University of Dar Es Salaam.

She was awarded the title of one of Avance Media's Most Influential Young Tanzanians in 2018.

Her mother's name is Benadertha Ndunguru.

Irene Kiwia and Benjamin Fernandes are other well-known entrepreneurs with Tanzanian ancestry.