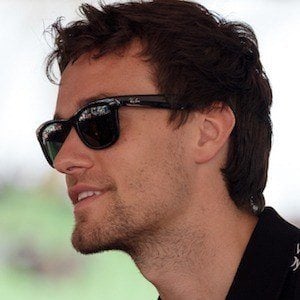 British racing driver who is known for racing with the Renault Sport F1 Team in the Formula One World Championship.

He graduated from University of Nottingham with a bachelors degree in Management Studies in 2012. He began by racing MiniMax karts in 2004 and in 2005 moved up to cars. He debuted at Silverstone where he finished in 12th.

He has won many awards, recognitions, and races including first place at the 2014 GP2 Series while racing for the DAMS team.

He is the son of former F1 driver and UK race circuit owner Jonathan Palmer.

As a member of the Renault racing team, he has ridden alongside Nico Hulkenberg and Carlos Sainz Jr.

Jolyon Palmer Is A Member Of