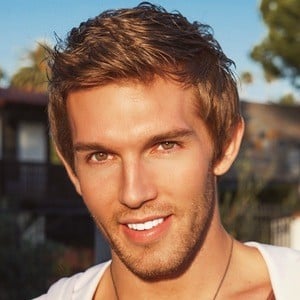 Fitness model, personal trainer, actor and online video content creator for Facebook who has been featured in numerous fitness and bodybuilding magazines, including multiple features in Men's Fitness. His comedy videos on Facebook have earned him more than 1.9 million followers.

He was a talented football, basketball and baseball player from the age of five until high school. He even played a year of semi-pro football.

He was motivated to get serious about fitness training after losing his best friend Josh in a car accident in 2010. He was a contestant on Let's Make a Deal in 2015 and has been featured on the shows Deadly Affairs and Made In Chelsea, among others.

He grew up in a small town in a two bedroom apartment with his family of six.

He collaborated on a video called "New vs. Old Relationships Be Like..." with model Zoe Klopfer, actor Ray Diaz and bodybuilder Ashley Kaltwasser.

Jon Brownell Is A Member Of