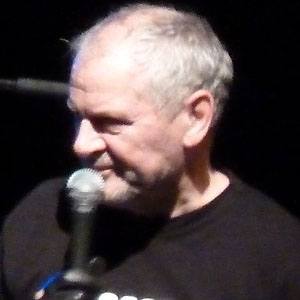 Drummer and music producer who was a member of John Mayall & the Bluesbreakers.

He became a fan of jazz music as a young child. His first musical gigs were working as a session musician.

He formed with the progressive rock band Tempest.

He had two children with his wife Barbara Thompson, whom he married in 1967.

He worked with Andrew Lloyd Webber extensively, including being featured in Webber's Variations project.

Jon Hiseman Is A Member Of