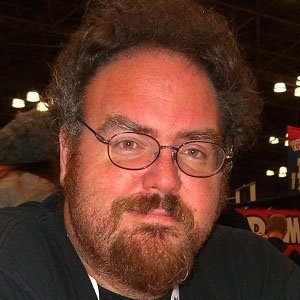 Director, animator, producer and voice actor best known for his work on Adult Swim cartoons, including Metalocalypse, The Venture Bros. and Aqua Teen Hunger Force. He has also served as a regular contributor to the film news website Collider.

He began his career in television as an editor on Space Ghost Coast to Coast in the 1994.

He made his debut as a documentarian with 2015's The Death of "Superman Lives": What Happened?, which chronicles Tim Burton's ill-fated entry into the Superman film franchise.

He grew up with a sister. He was married to actress and producer Holly Payne.

He and Dave Willis both directed episodes of Aqua Teen Hunger Force.

Jon Schnepp Is A Member Of