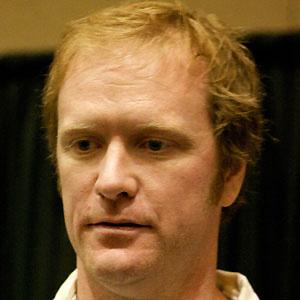 Voice and director behind Aqua Teen Hunger Force, the Squidbillies, and many of the Williams Street-produced Adult Swim cartoons.

He was working on Cartoon Network's Space Ghost Coast to Coast, where he fist met Matt Maiellaro, his co-producer on ATHF.

In addition to producing their popular Cartoon Network shows, he and Maiellaro have dabbled in a few guitar duets, with Maiellaro taking electric guitar and Willis on the acoustic.

He was born in Wichita Falls, Texas.

His Aqua Teen Hunger Force show had guest voices from a number talented actors and musicians, including the singer Neko Case.

Dave Willis Is A Member Of