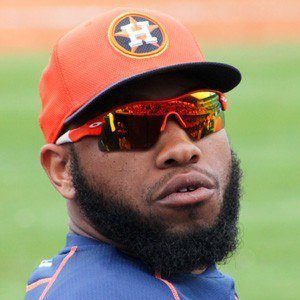 First baseman known for his formidable raw power and patience at the plate, he was picked in the eighth round of the 2009 MLB draft by the Philadelphia Phillies.

He was traded to the Houston Astros organization in 2011.

He was born in Lakewood, California.

He was part of the same 2009 MLB draft that produced flame-throwing phenom Stephen Strasburg.

Jon Singleton Is A Member Of