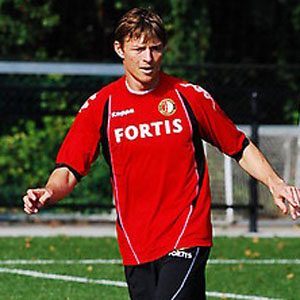 Danish forward who led Denmark's Feyenoord to the 2002 UEFA Cup and won the Champions League the following year with A.C. Milan.

He started playing organized soccer at five years of age.

He scored 52 goals in 112 appearances with the Danish national team.

He was born to Bjarne Tomasson and Leila Dahl Petersen and grew up in Copenhagen.

He was teammates with Andriy Shevchenko on the 2004-05 A.C. Milan team that reached the UEFA Champions League Finals.

Jon Dahl Tomasson Is A Member Of