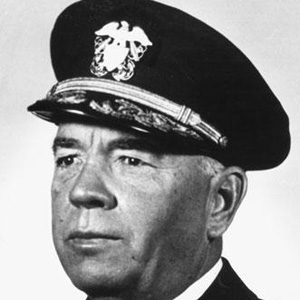 Veteran of both World Wars and recipient of the Medal of Honor for his bravery during the 1914 Battle of Veracruz.

He attended the United States Naval Academy, where he played on the football team. After graduation, he served as a turret officer on the battleship Arkansas.

He commanded American Naval Forces in the South Atlantic during World War II, helping to maintain supply lines in the face of German U-boat attacks.

He was born in Jeffersonville, Indiana.

Oscar C. Badger II was another hero of the American battle in Veracruz, Mexico.

Jonas Ingram Is A Member Of