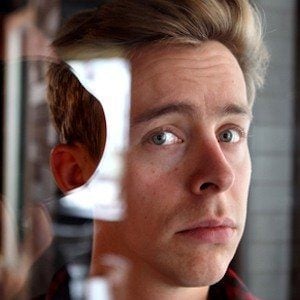 Belgian actor known for his roles in the shows Zingaburia, Tegen de sterren op, and Amateurs. He also had a role in De Biker Boys.

He started acting as part of a cabaret company in 2002. He graduated from the Herman Teirlinck Institute in 2006.

He's also a musician, and has won awards for both his music and his acting.

He hails from Belgium.

He appeared with Matteo Simoni on Amateurs.

Jonas Van Geel Is A Member Of