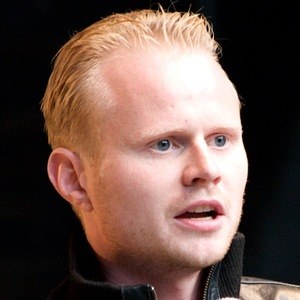 Comedian and actor who has won widespread acclaim with stand-up shows like Damer, Bryllup and Spark i Løgsuppen. As an actor, he is known for his roles on shows like The Killing and in films like Three Heists and a Hamster (2017).

He attended the School of Acting at Aarhus Theatre and began doing standup in 1998.vsco

He won the Zulu Award for Best Actor for his performance in The Early Years: Erik Nietzsche Part 1 (2007).

His parents are Karsten Spang Thomsen and Dorrit Olesen.

He co-starred with Sofie Grabol on The Killing.

Jonatan Spang Is A Member Of