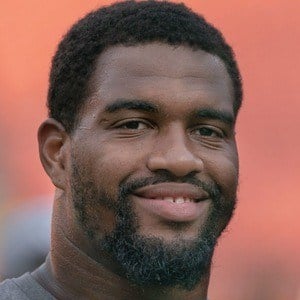 NFL defensive end who began his professional career as a member of the Washington Redskins.

While playing college football for the University of Alabama, he and his team took home three SEC championships.

In 2016, he was named SEC Defensive Player of the Year.

Born into a military family, his parents divorced at a young age. He spent his formative years with his mother and brother, Richard III, in Pittsburgh, Pennsylvania. After years of neglected education, the boys ended up in their father Richard's care.

He signed with the Washington Redskins in 2017 where he would be coached by Jay Gruden.

Jonathan Allen Is A Member Of