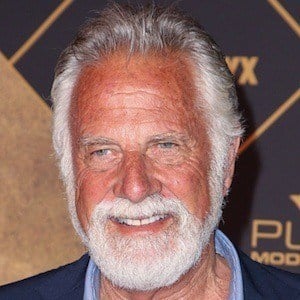 Acting veteran whose career has been revitalized as The Most Interesting Man in the World in Dos Equis beer advertisements.

He started studying at Boston University and pursued an acting career at age 17.

He is known for 20th century film roles in Go Tell the Spartans and Ice State Zebra.

He married Barbara Goldsmith in 2006.

He acted alongside Clint Eastwood in the 1968 western, Hang 'Em High.

Jonathan Goldsmith Is A Member Of