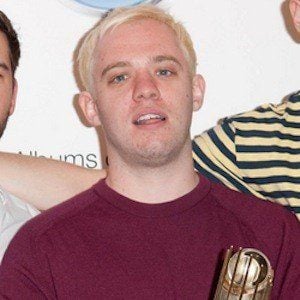 Singer and musician best known as the frontman of Kent-born band Everything Everything. The band took UK Single of the Year at the Music Producers Guild Awards for Kemosabe in 2014. Some of their notable albums including Arc and Get to Heaven.

The band first formed at Queen Elizabeth High School. He and the original members would play music together. He later went on to study music and recording at Salford University where he met another future member of the band.

He has directed a number of Everything Everything's music videos including "Suffragette Suffragette" and "Distant Past."

He is from Northumberland, England though he was born in Newcastle upon Thyne.

Jonathan Higgs Is A Member Of