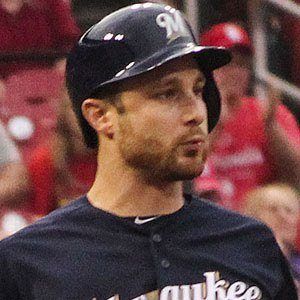 MLB catcher who began his career with the Milwaukee Brewers in 2010 and was named to his first All-Star game in 2014. After his time in Milwaukee, he went on to play for the Texas Rangers and the Colorado Rockies.

He attended Umatilla High School, where his jersey was eventually retired.

In 2012 he became the first catcher since 1920 to have two games with seven or more RBI in a single season.

He and St. Louis Cardinals catcher Yadier Molina both represented the National League in the 2014 All-Star Game.

Jonathan Lucroy Is A Member Of