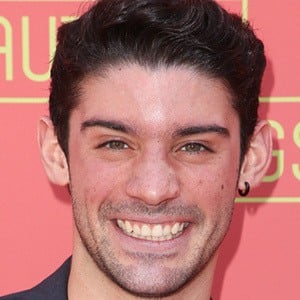 Venezuelan actor who is known for his recurring television roles. He is best recognized for having portrayed Pancho in the 2011 series My Heart Beats for Lola Volcan as well as Diego Baron on the 2012 series Relaciones Peligrosas.

He first started his acting career in 2002, making his debut as the character Ruddy in the television series Mambo y Cancela. He then gained further attention in 2010 when he guest starred on the popular series Aurora in the Gran Ianzamiento episode.

In addition to acting, he is also known for his work as a director and is credited with having been the assistant director on the short film Contrastes in 2017.

He was born and raised in Caracas, Venezuela and marries Carolina Mestrovic.

Jonathan José Quintana Is A Member Of