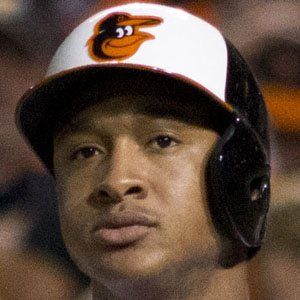 Infielder who began his major league career with the Baltimore Orioles in 2013. He previously represented Netherlands at the 2013 World Baseball Classic.

He was a member of the Curacaoan national team at the 2003 Little League World Series.

He played in the 2011 All-Star Futures Game and won the Brooks Robinson Minor League Player of the Year Award.

His younger brother, Sharlon, has played in the Orioles minor league system.

He has been teammates with All-Star first baseman Chris Davis in Baltimore.

Jonathan Schoop Is A Member Of