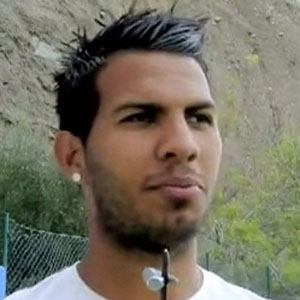 Spanish midfielder who joined Valencia CF in 2012 and was sent on loan to Rayo Vallecano in 2013.

He began his youth career at age 16 with Las Palmas.

He grew up with one brother in Las Palmas, Spain.

He played alongside Roberto Soldado on Valencia during the 2012-13 season.

Jonathan Viera Is A Member Of