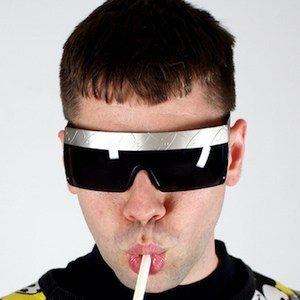 Host and co-producer of the YouTube series Transfashionable seen on the channel thestylishvids who is also a self-proclaimed socialite and musician. In 2016, he was set to release a single called "O.M.G" that features Amanda Blank.

He was previously a member of the group V.I.P. Party Boys with whom he appeared on the Cobra Starship song "Damn You Look Good And I'm Drunk (Scandalous)."

He became a writer for both Street Carnage and the magazine Missbehave. He developed a line of clothing in partnership with American Apparel. The band Gravy Train wrote a song about him called "Jonny Makeup."

His birth name is Jon Henry Szymanski and he is originally from Centralia, Pennsylvania.

He has appeared on the Kendra Wilkinson-starring reality show The Girls Next Door and would late appear on Wilkinson's self-titled spin-off series Kendra.

Jonny Makeup Is A Member Of