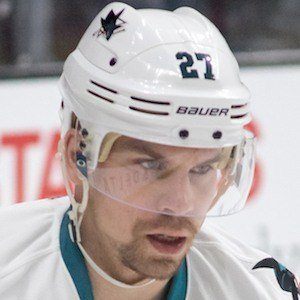 Professional ice hockey forward who made his NHL debut with the San Jose Sharks at the start of the 2015-2016 season. He'd previously played for Oulun Kärpät in his native Finland.

He was taken by the Florida Panthers in the fourth round of the 2010 NHL Draft, but never signed with the team.

He played in all 24 games of the Sharks 2016 playoff run, scoring six points and six assists. He represented Finland at the 2015 World Championships.

He was born to Ritva and Mauri Donskoi.

He scored his first career NHL goal against Jonathan Quick.

Joonas Donskoi Is A Member Of