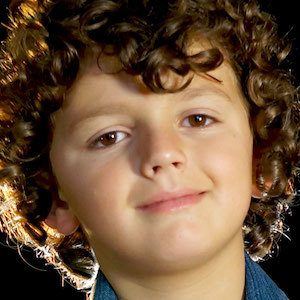 Multi-instrumentalist music prodigy who loves making music and videos for his YouTube channel. He became well known for his video "5 Year Old Jordan Writes a Hip Hop Song in 30 Seconds."

His father recognized Jordan's natural talent when Jordan was only two years old. He would hear Jordan singing in the car and being able to match pitch and melodies.

His instruments include the drums, guitar, bass and keyboard. He has even shown his ability to make music using a coconut, shaker and tea pot.

He is from Brampton, Ontario, Canada and has two sisters. His father is a multi-instrumentalist as well.

Part of his passion for music was sparked after he watched Michael Jackson's Motown 25 performance.

Jordan Bijan Is A Member Of