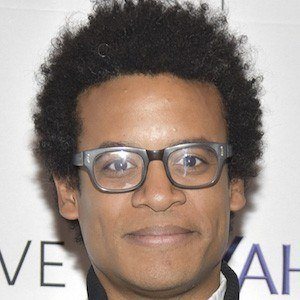 Famous for hosting the Nickelodeon show Me TV and for making multiple appearances as 'black friend Alan' on The Colbert Report, this comedian and television personality is also known for his appearances on the MTV2 comedy programs Girl Code, Guy Court, and Guy Code.

Before beginning his comedy career, he earned a degree from Brown University and subsequently worked in advertising in New York City.

He grew up outside Dallas, Texas, the son of an OB-GYN father and a mother who was a professor. He is based in Park Slope with his wife, who's a teacher.

He did a comedic impression of Barack Obama in a CollegeHumor.com video.

Jordan Carlos Is A Member Of