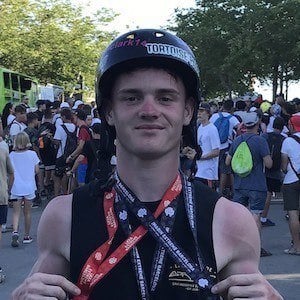 Scooter rider who was crowned the World Scooter Champion in 2015 and 2016. He had previously won the Scootfest Cup and placed second at the U.K. Nationals.

He was featured on the first episode of the Sky Sports show Game Changers. He uploads scootering content to his YouTube channel, which has over 40,000 subscribers.

He grew up in Chichester Harbour, England with younger brothers named Harry and Frankie. His parents are Becky and Darren Clark.

He and Terry Price are both well-known scooter riders from England.

Jordan Clark Is A Member Of