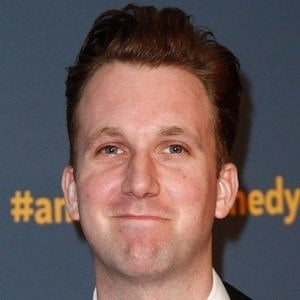 American comedian, writer, actor, and television host. He is known for his comedy writing and his appearances in several television series and films.

After graduating from a double major in math and theater at Kalamazoo College, he moved to Chicago to perform at The Second City. He then moved to new York and became a member of the Upright Citizen's Brigade. On March 3, 2014, he made his debut on The Daily Show.

He has been featured in several press outlets and magazines for his comedy including the Village Voice, Harvard Gazette, and Wired.

He was born and raised in Kalamazoo, Michigan. He married Laura Grey in 2013.

As a frequent collaborator and star on The Daily Show, he stars alongside Jon Stewart and Trevor Noah.

Jordan Klepper Is A Member Of