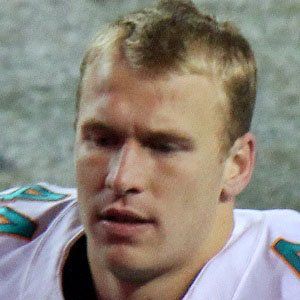 NFL cornerback appeared in 9 games for the Dolphins during the 2013 season. He was an undrafted rookie that season.

He was an All-District selection at wide receiver, defensive back and track & field during his time at Clay High School.

He was a two-time All-Big Ten Conference honoree and one-time Wolverines MVP during his career at the University of Michigan.

His father Louis also played football for the University of Michigan. He married Susan Kovacs.

He was teammates with Denard Robinson during the 2012 Wolverine season.

Jordan Kovacs Is A Member Of