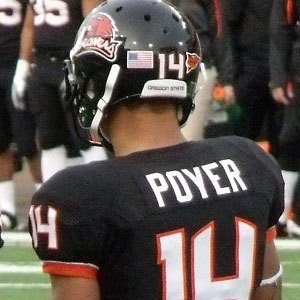 He was a seventh round draft pick for the Eagles in 2013 after being a Consensus All-American at Oregon State University. He finished the 2013 season as a Cleveland Brown.

He played basketball, baseball and football at Astoria High School.

He was drafted by the Florida Marlins out of high school but instead chose to play football for Oregon State.

He and his brother were born to Faalaeo and Julie Poyer.

He and Dee Milliner were both Consensus All-American defensive backs.

Jordan Poyer Is A Member Of