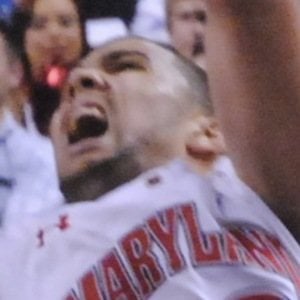 Power forward and center who became a star player with the University of Maryland Terrapins, becoming a First-team All-ACC in 2011. He was later drafted by the New Jersey Nets with the thirty-sixth pick in the 2011 NBA Draft.

He averaged 36 points per game as a senior at Torrington High School.

In January 2011, he set a University of Maryland record by recording his thirteenth consecutive double-double.

His parents are Dedra and Leron Williams. He has siblings named Caycee, Nicole and Desmond Williams.

He was one of the five players traded by the Nets to the Atlanta Hawks in exchange for Joe Johnson.

Jordan Williams Is A Member Of