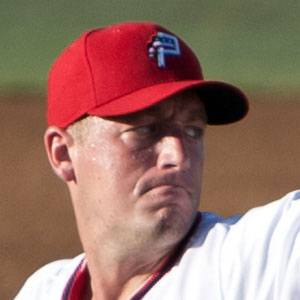 MLB pitcher who debuted in 2009 for the Washington Nationals. He tied for the most wins in the National League in 2013 with 19 while being selected to his first MLB All-Star game. In 2015, he signed with the Detroit Tigers.

He made the Eastern League All-Star game at the Minor League AA level.

He threw an immaculate inning, striking out three batters on nine pitches, against the Florida Marlins on May 6th, 2011.

He married Mandy Zimmermann in 2012.

He made the 2013 All-Star game along with teammate Bryce Harper.

Jordan Zimmermann Is A Member Of