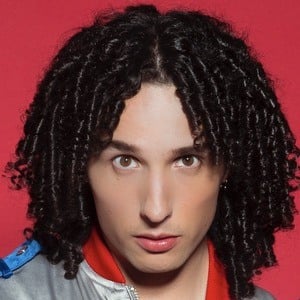 Actor, dancer and comedian who's also known as "Chinos" (Curls) and is most famous for being part of the Spanish YouTube channel RULÉS, which has grown to more than 3.7 million subscribers. He is also a stage actor who has starred in such musicals as Monty Python's Spamalot and Hoy No Me Puedo Levantar.

He began receiving acting training at age 9 and studied under teachers like Patricia Reyes Spindola and Salvador Sánchez.

He has served as the choreographer for the Barney the Dinosaur live stage show. He's popular on TikTok, where he's amassed more than 2 million fans. He often collaborates with influencers such as Xime Ponch and Carolina Díaz on TikTok content.

His mother's name is Lety Anzaldo and he has a brother named Omar. He's a close friend of popular Mexican actress Danna Paola.

Jorge Anzaldo Is A Member Of