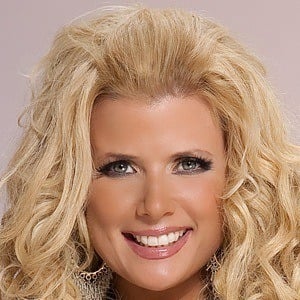 Cuban-American actress and model who began appearing on the reality TV show Rica Famosa Latina in 2015. She has also hosted the show Sabado Gigante, and later landing a starring role on the WE TV series My Life is a Telenovela.

In 2000, she was named by People en Espanol as one of the top 50 most beautiful people.

She has been featured on the cover of Playboy Latin America. She has a best selling calendar that sold over 500,000 copies over two years.

She is the daughter of Cuban opera singer Dinorah Arguelles.

She replaced Lili Estefan as the host of Sabado Gigante.

Sissi Fleitas Is A Member Of