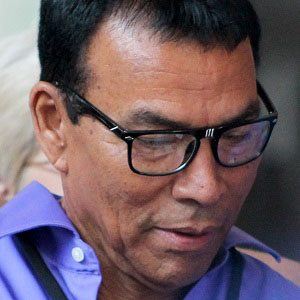 2-time National League All-Star whose number 25 jersey was retired by the Houston Astros in 1992.

He became a star in Puerto Rico before debuting with the St. Louis Cardinals in 1970.

He went to the playoffs with the Houston Astros the first nine times they made the postseason - three times as a player and six times as a coach.

He had four children with his wife Zoraida who they named Jose Javier, Shakira, and

He and Jeff Bagwell both starred on the Houston Astros.

Jose Cruz Is A Member Of