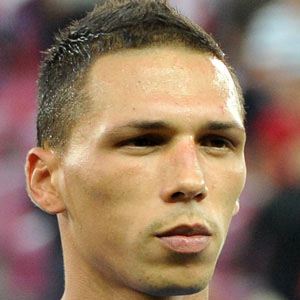 Left back/winger who joined Olympiacos in 2010.

He learned both German and English growing up, but was also acquainted with Greek.

He was born of Greek and Uruguayan ancestry and fathered a daughter named Tanisha.

He played alongside Alexandros Tzorvas on the Greek national team.

Jose Holebas Is A Member Of