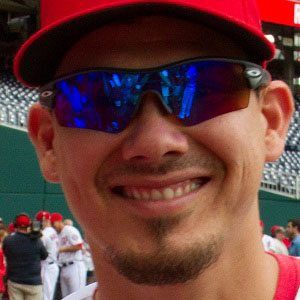 He started playing in the minor leagues in 2003 before eventually making his MLB debut with the Padres in 2009.

He left his family in Acarigua, Venezuela to pursue a baseball career in 2003.

He was joined by fellow catcher Jose Molina on the Tampa Bay Rays in 2012.

José Lobatón Is A Member Of