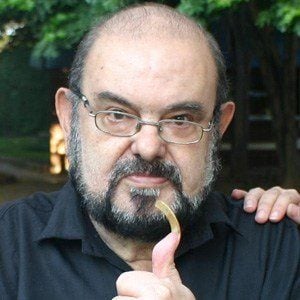 Also known as Coffin Joe, he was a popular director of exploitation films like At Midnight I'll Take Your Soul.

He was born in Sao Paolo and lived in a flat above a movie theater.

He hosted The Show From the Other World, a half-hour program featuring short horror films.

He was born to Antonio Marins, who owned a local cinema.

He and writer/director Albert Zugsmith were two of the pioneers of the exploitation genre.

José Mojica Marins Is A Member Of